Building The Impossible: A Prefab Home On A Cliff In Bavaria, Germany

This beautiful house on a cliff in Bavaria Germany was built using panelized and timber frame technologies. It was built to be extremely energy efficient while providing beautiful views of the surrounding area. 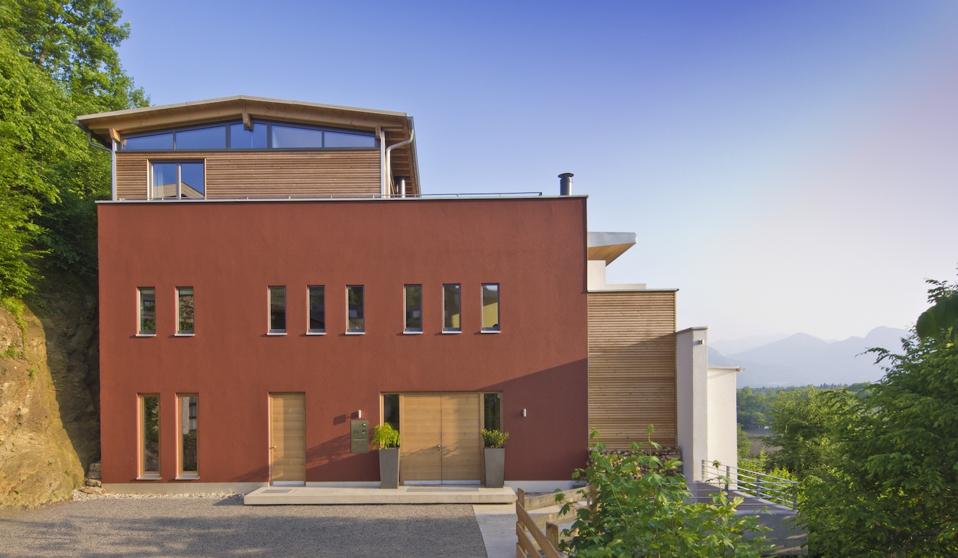 Access to the Cliff House is through the north-facing side. The owner chose the terra-cotta color for the exterior to fit in with the architecture surrounding it.Photo courtesy of Michael-Christian Peters for Prefabulous World, published by Abrams

Some places in the world seem almost impossible to build. But as they say – where there is a will, there is a way.

The owners of this magnificent house knew it would be the perfect place for their family home when they had the opportunity to acquire this 1,000 square meter property. Even though it was going to be a challenge to build at this location, the views and natural light would make it all worth while.

So a priority for the design was an abundance of windows to capture the view of the Tirolean Mountains town of Kufstein and lots of outdoor space to expand on the 2400 square foot interior space of the house. 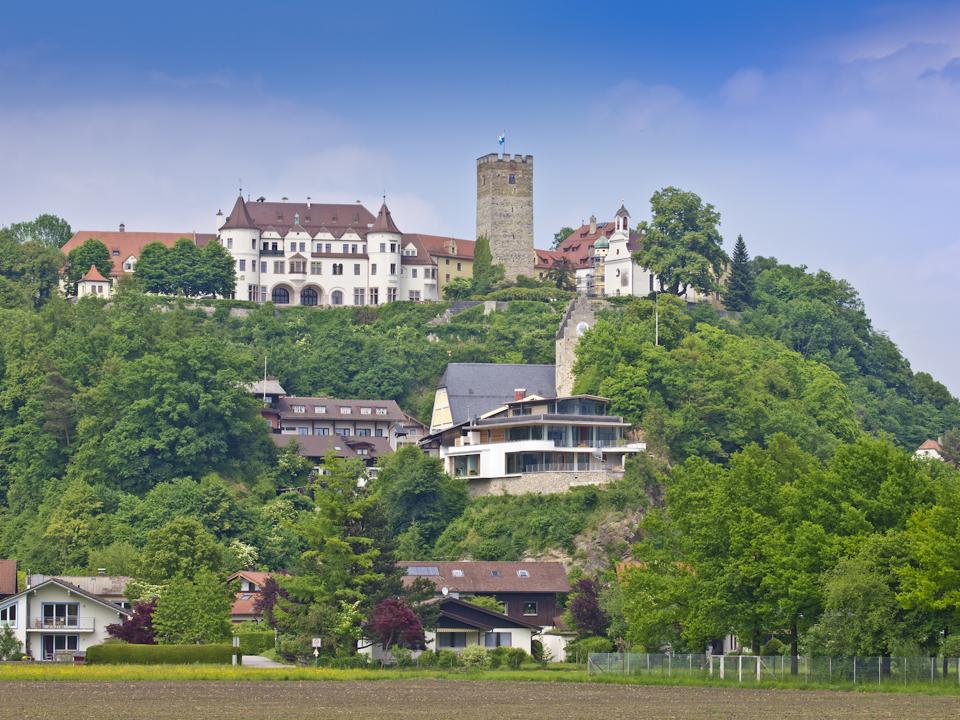 The house is nestled on the cliff beneath the ancient castle.Photo courtesy of Michael-Christian Peters for Prefabulous World, published by Abrams

Architect Daniel Wagner worked with prefab builder Baufritz , a panelized/timber frame manufacturer. Daniel Wagner said, “Quality, high standards of design, innovation and sustainability were the crucial points which made me decide quickly in favour of placing a contract with Baufritz."  The planning for the design was completed after just four meetings. 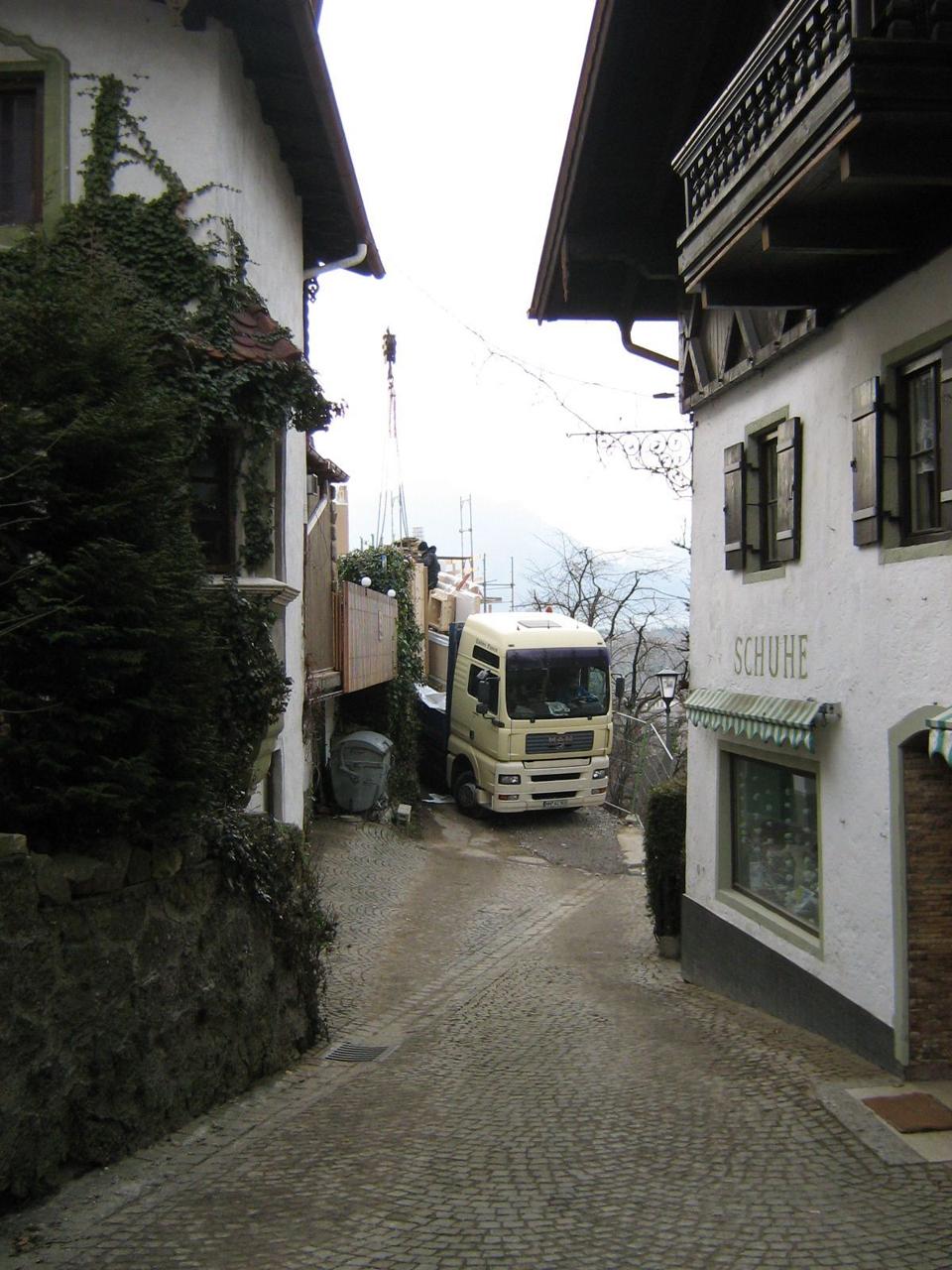 The flatbed truck had to carefully navigate the narrow roads up to the site where the house would be built.Photo courtesy of Baufritz for Prefabulous World

One of the biggest challenges in building this house was getting the materials to this difficult site through the narrow streets below. The building materials could only be delivered through the town gates, which were too small for Baufritz’s double axle trucks. The prefabricated sections had to be reloaded by Baufritz on to smaller delivery transporter wagons to bring them up to the site.  A special crane then lifted all the parts over the roofs of the existing buildings to the building site. 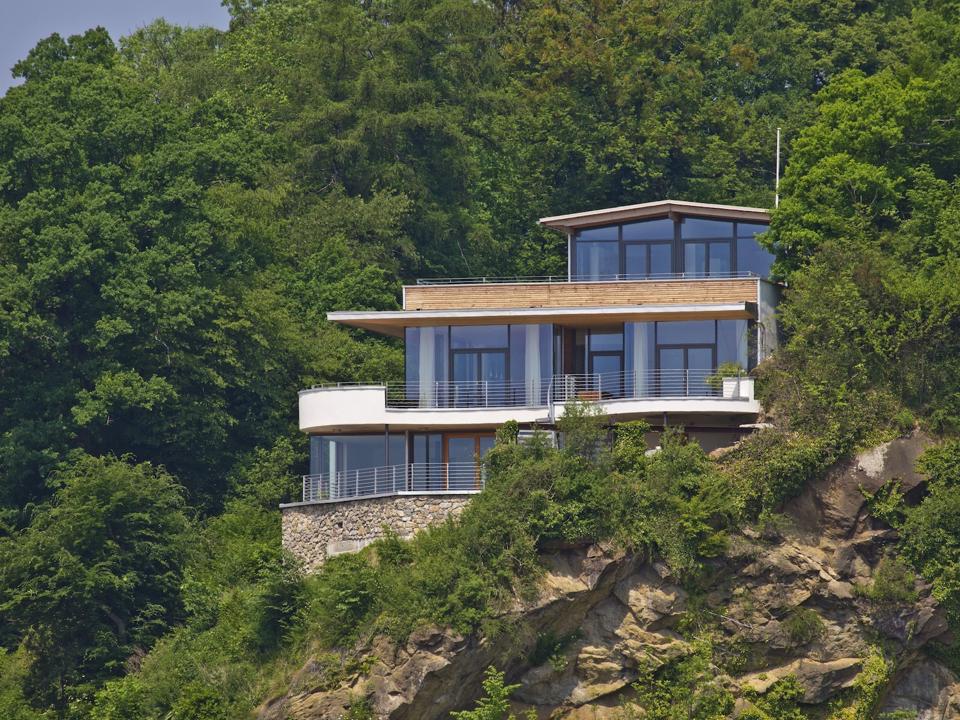 The house can be seen nestled into the cliff. The house was manufactured and built by Baufritz and designed by architect Daniel Wagner. Photo courtesy of Michael-Christian Peters for Prefabulous World, published by Abrams

From the owner’s perspective, a priority was building a house that would limit the consumption of fossil fuel to a minimum. In order to achieve this, some of the most efficient systems and materials were used to build the house. 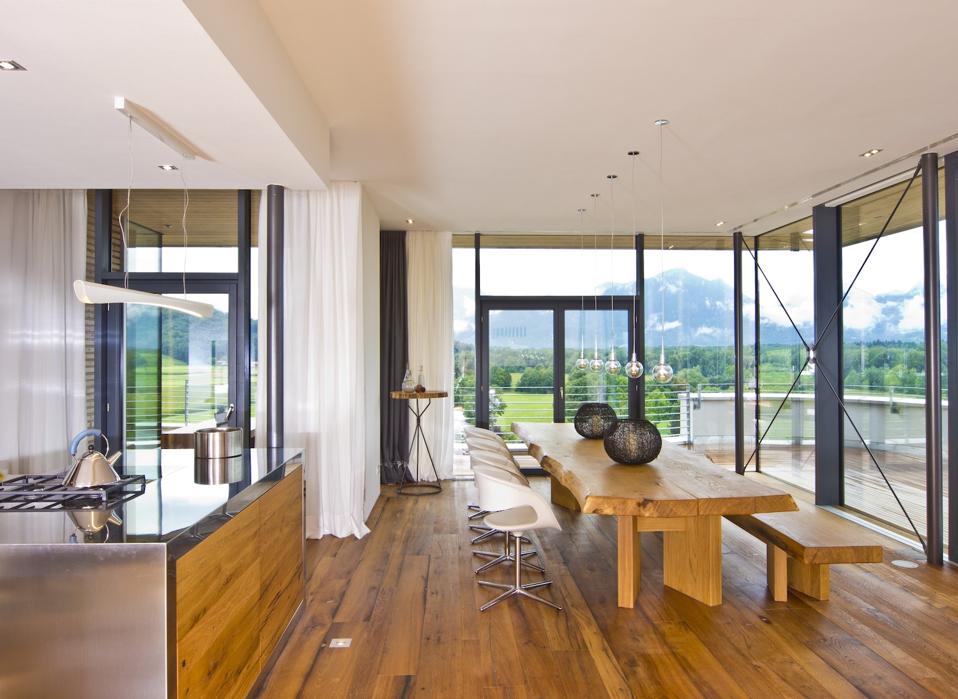 The view from the kitchen as well as most of the rooms in the house is magnificent. Photo courtesy of Michael-Christian Peters for Prefabulous World, published by Abrams

Some of the systems and materials include radiant floor heating, a heat recovery ventilator, a solar heat pump (which uses thermal energy to heat and cool the rooms), outstanding insulation, tripe glazed windows, and photovoltaic panels. The house performed very well on the blower door test (1.51 ACH  @ 50 Pascals) and was certified under a German certification Effizienzhaus 55.

With the house nestled in the hillside beneath an ancient castle,  it is an interesting juxtaposition of this very technologically modern house with the ancient castle above it.