Magic Televisions: Multifunctional for a Large or Small House

Television/Mirrors can now make a fashion statement in the house with beautiful and customized framing and designs. 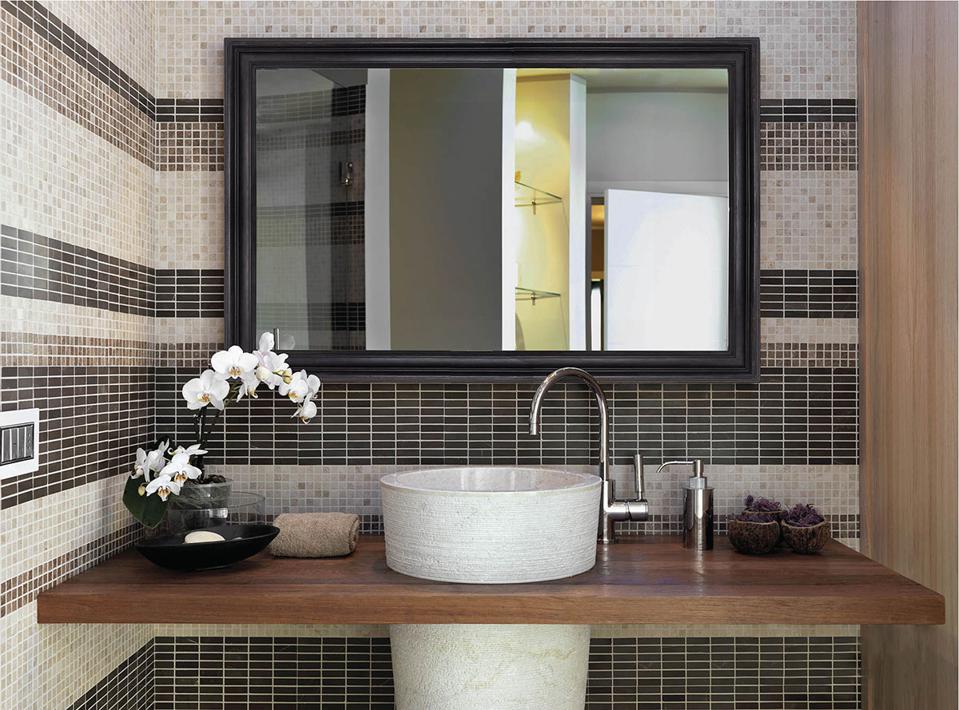 It is almost magical how this mirror becomes a television when a dual experience is sought.Photo courtesy of Reflectal 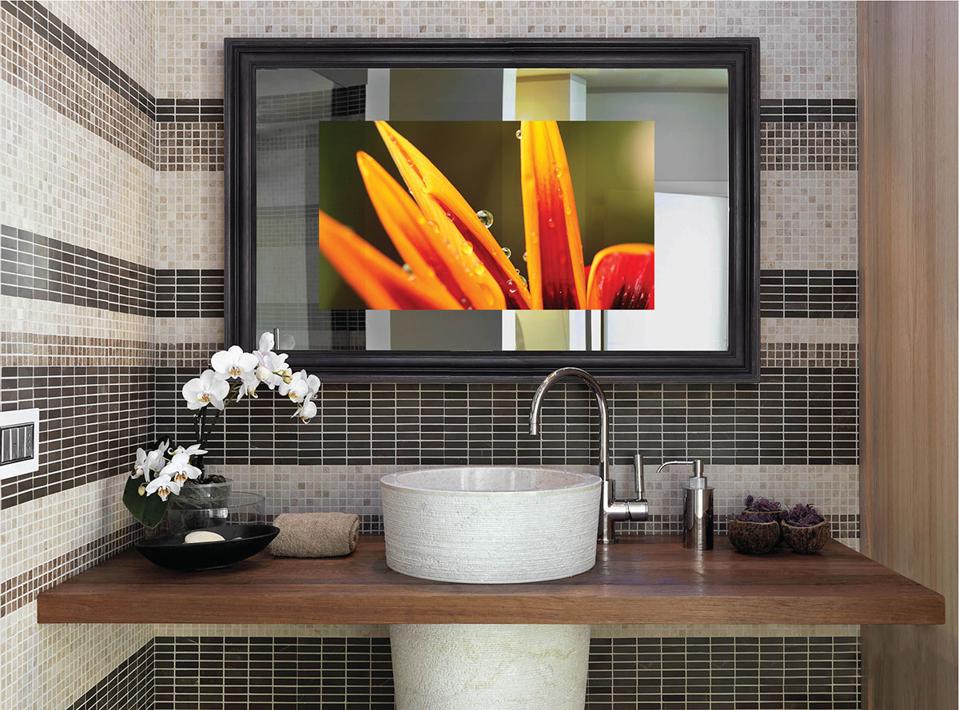 The television can be seen through the mirror.Photo courtesy of Reflectal

Over 10 years ago I stayed at a hotel in Cambridge and was delighted when a television came on in the mirror in the bathroom. I thought it was one of the cleverest things I have ever seen. What a great invention – one can watch the morning news while simultaneously putting on makeup.

Now, many years later I am seeing these “magical televisions” available for household use. 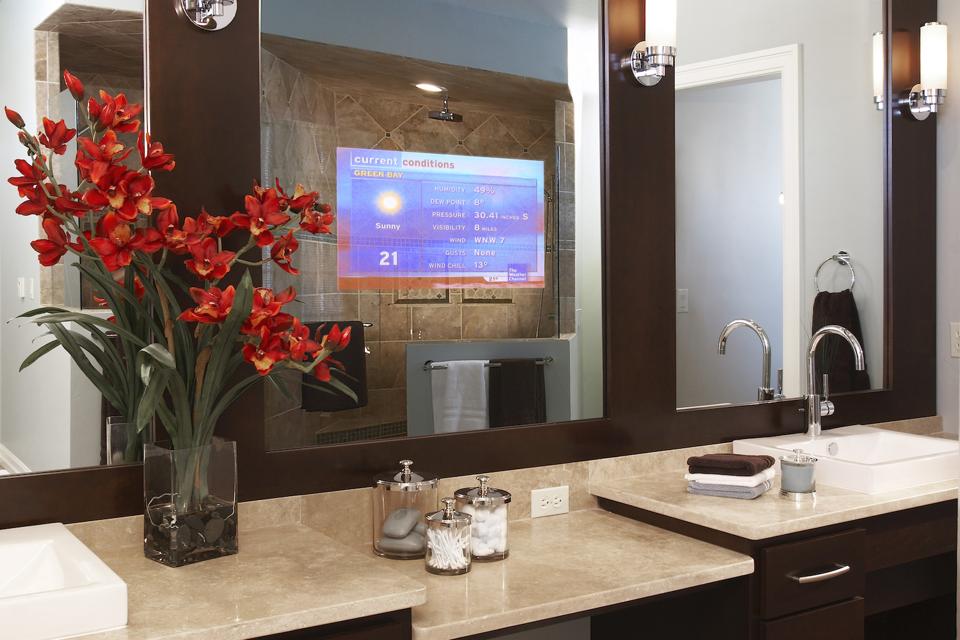 In the earlier days of this technology, they were mostly used in hotel bathroom mirrors. But today, the technology and quality of televisions has improved substantially - now available with the newest 4K technology producing a very sharp, clear image quality, with a horizontal screen resolution of around 4000 pixels. Several manufacturers are producing televisions with this technology including Sony, LG, Samsung and Panasonic, making the television quality much higher for these mirrored versions. Other television technologies can also be used but with less impressive results.

Television/Mirrors can now make a fashion statement in the house with beautiful and customized framing and designs. Many of the units today are custom-designed to fit into the particular décor of the house from very simple to elaborate with the more custom makers offering gilded, industrial metals and leather frames. Companies such as Reflectel is a fully custom mirror TV maker in NY; other companies such as Frame My TV in MA and  Séura in Wisconsin provide prefinished custom television/mirrors.   Framed televisions come in a variety of sizes from 24 inch to 86 inch and above. 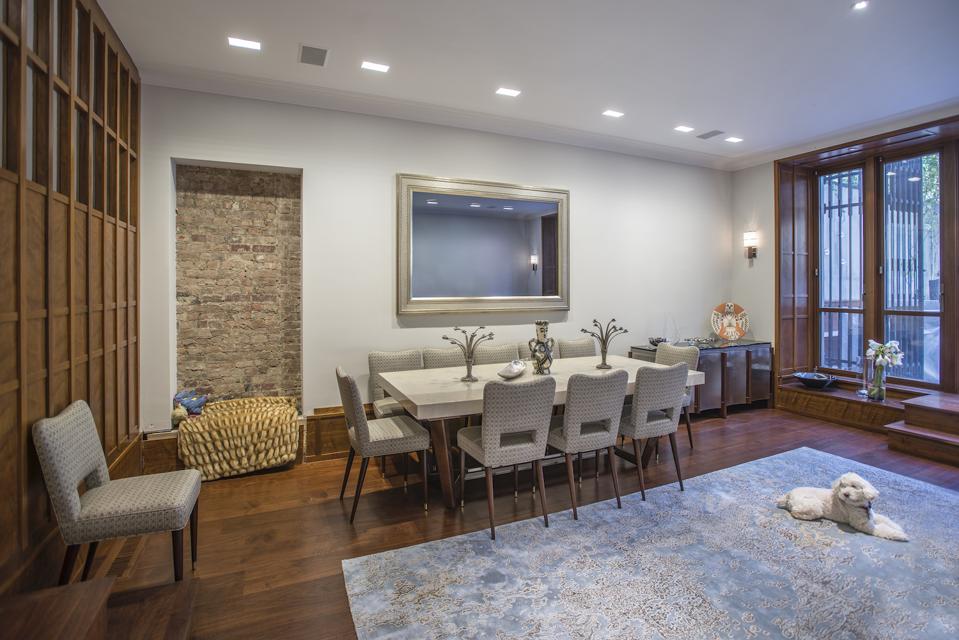 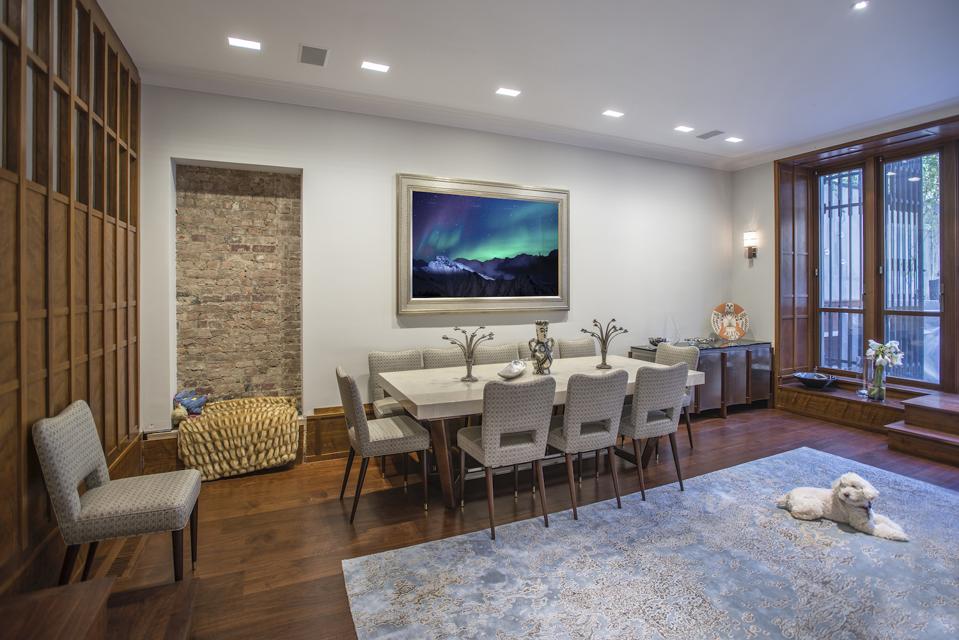 Here the mirror converts to a television.Photo courtesy of Reflectel

Mirrored TVs are also available prefabricated from companies such as Amazon and Target .

Homeowners are putting these units in bathrooms, great rooms, kitchens, gyms, dens and almost any possible space in the house.  Elizabeth Goldfeder, CEO of Reflectel says the most popular location for mirror TVs in the home is over the mantle of the fireplace.

These mirror/televisions make a practical addition for those homeowners looking for multi-functional furnishings and rooms. Particularly when people are downsizing, they need to make all of their rooms and spaces purposeful. What was once a formal living room is now a great room – the place to watch television, entertain guests, read a book, or play games. It is great to have the television appear when it is going to be used and disappear when it is not. In a small room, the mirror will give an expanded look to the space. 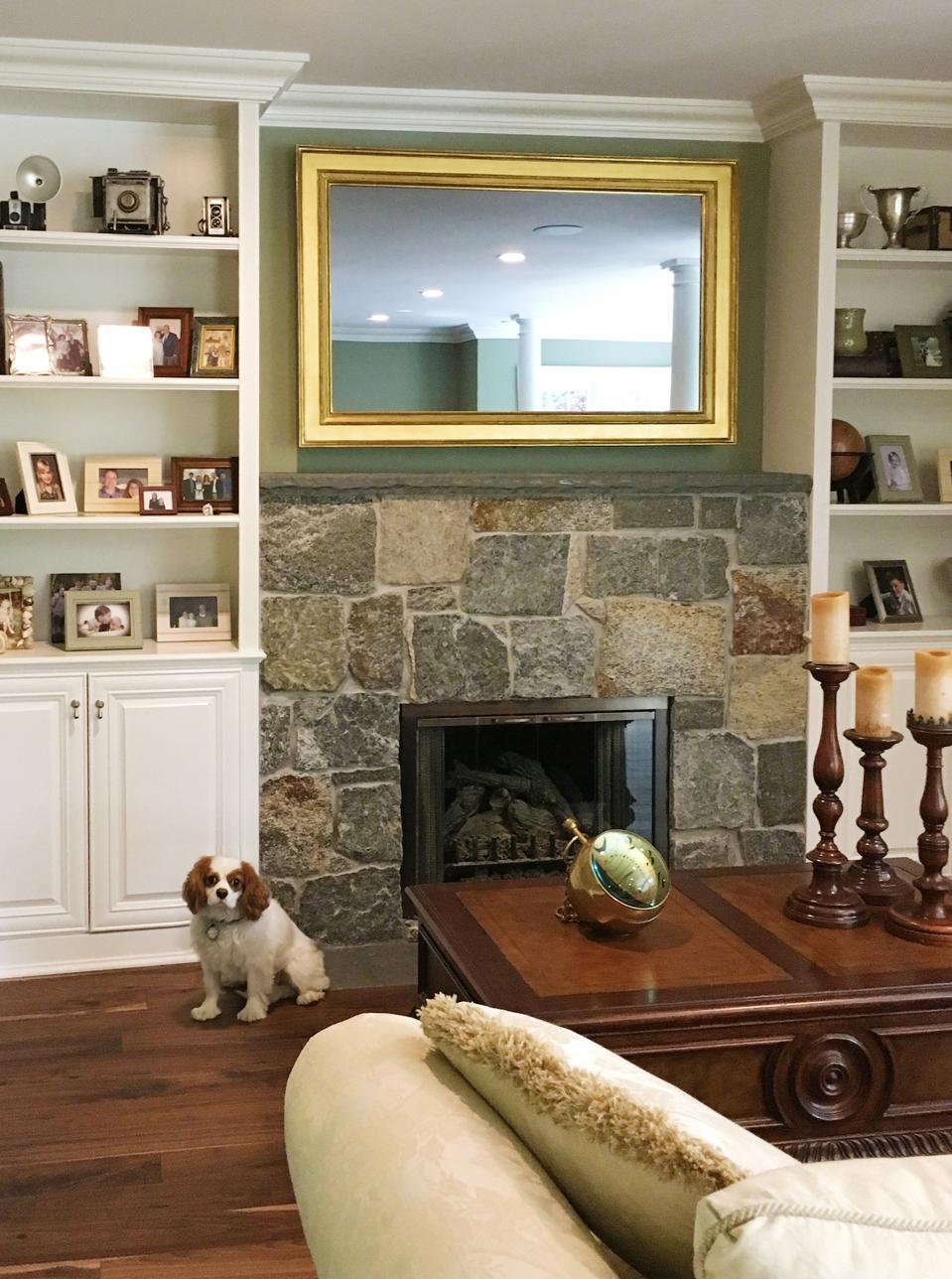 One of the most popular places for these units is over the fireplace.Photo courtesy of Reflectel 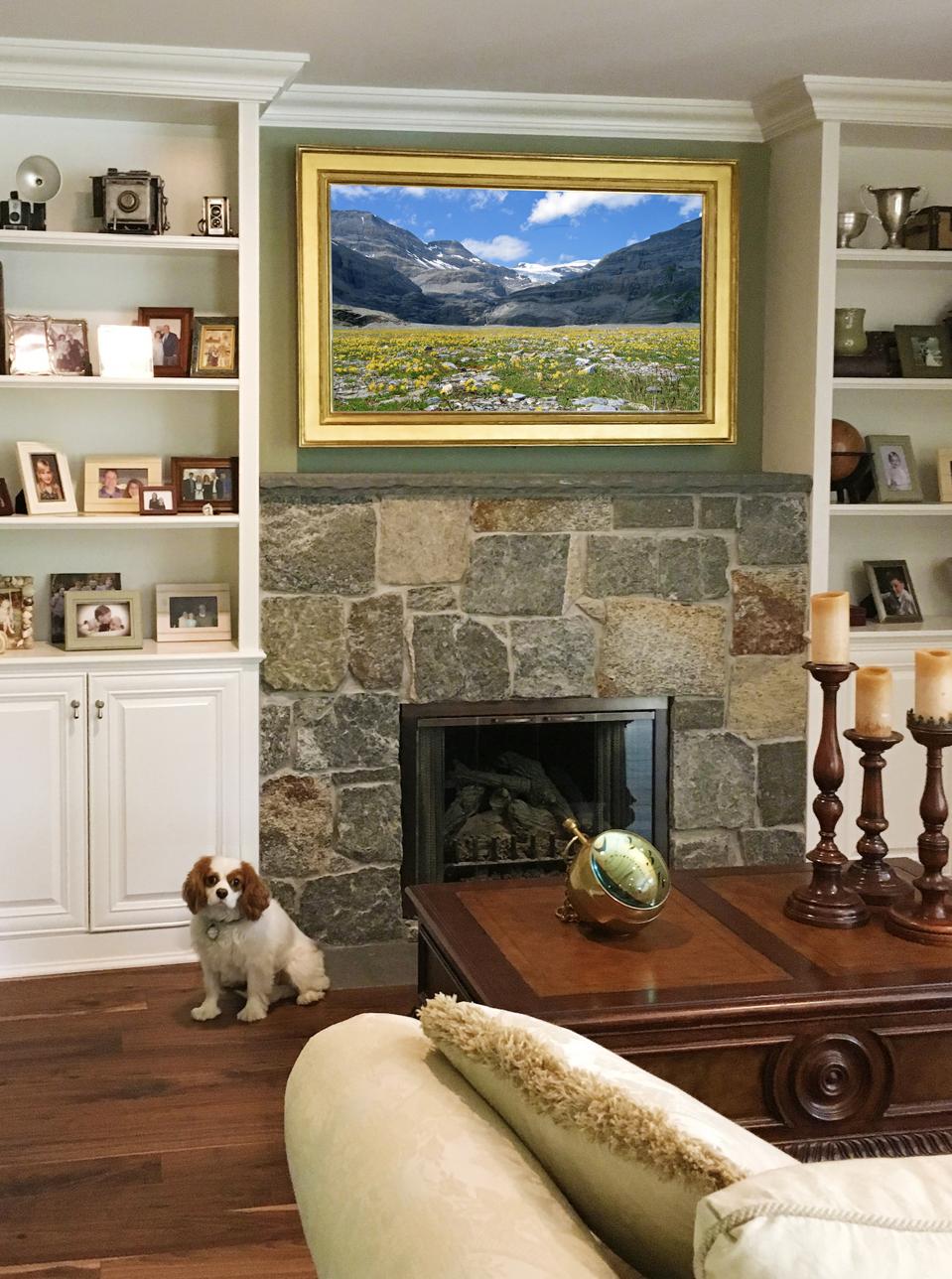 Goldfeder, works with many other companies, such as cabinet makers, Christopher Peacock to merge mirrored TVs with their moldings. She also works with decorators and builders to make the overall design seamless. 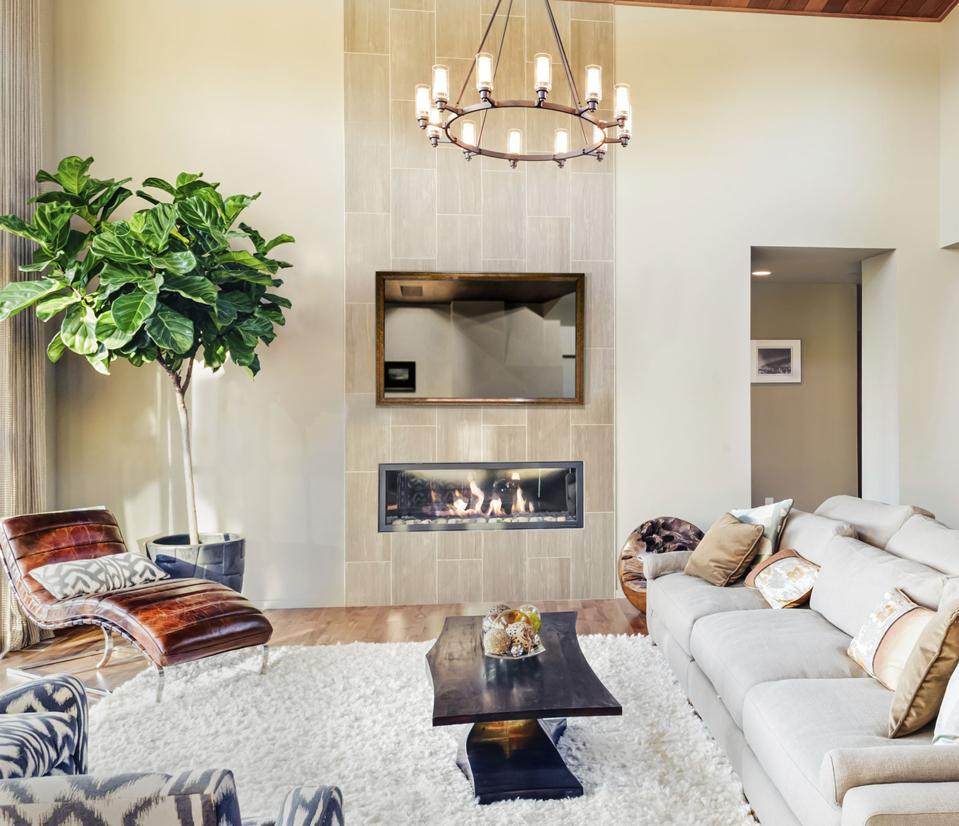 Having a mirror in a small room makes it look larger. This Mirror TV is by SecuraPhoto courtesy of Justin Krug for Secura 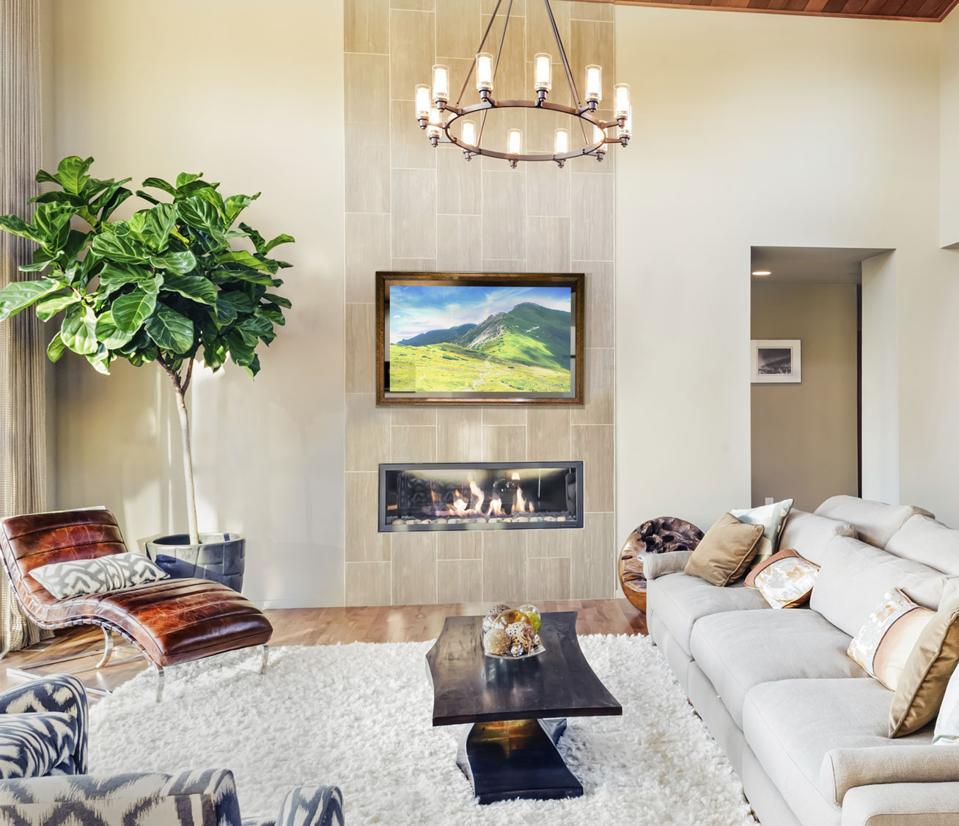 Having the mirror function multi-purpose as a television expands the use of the room - as a living room and media area. Photo courtesy of Justin Krug for Secura

An LED TV is transformed into a hybrid decor piece with a two-way glass in front of the TV screen. The light from the TV travels through the glass when the television is on and the glass turns to mirror when the TV is off, in the absence of light. Mirror TV glass comes in a few quality levels which equate to the percentage of light transmission. For example most TV mirror makers use architectural glass which has lower transmission, according to Goldfeder, Reflectel uses optical quality glass that is water white and low iron so it has less green cast and greater TV transmission of upwards of 70% and a higher quality reflection. There are products for most budgets. TV mirrors are best when used with controlled lighting both interior and natural.

For those sports minded individuals who take their television watching very seriously, evaluating every pass of the footfall as home refs, a mirrored television may not be the best option because of the reduction in quality. However for those people who want the television to be multifunctional, a mirrored TV may be the best solution.