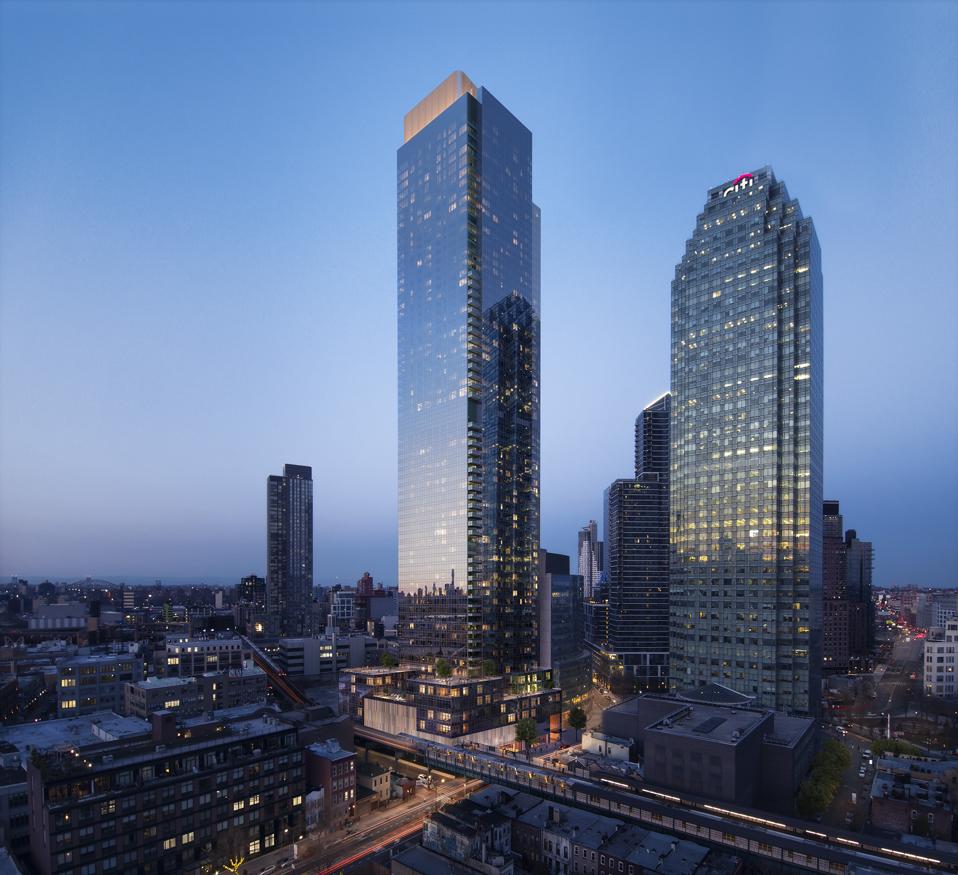 Skyline Tower, to the left of the Citigroup Building. Binyan Studio

Queens will soon be officially taller than Brooklyn.

Once it reaches its full 762 feet, likely to happen next month, Skyline will be higher in the sky than any other building outside Manhattan, snatching the title from Extell Development’s 720-foot Brooklyn Point in Downtown Brooklyn. The tower has also outranked Heatherwood Communities’ Tower 28, which at 637 feet was previously the tallest residential building in Queens. 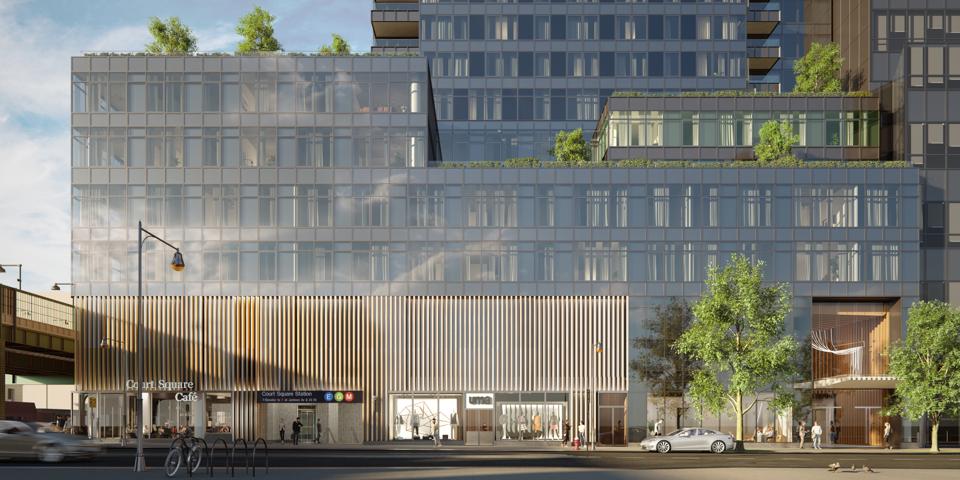 Skyline Tower is being built through a partnership between Risland, United Construction & Development Group, and FSA Capital.

“Long Island City has grown tremendously in recent years, and with its striking design, we are confident Skyline Tower will elevate the surrounding streetscape,” said William Xu, vice president of United Construction & Development Group. “The building will contribute to the neighborhood’s vitality with 26,841 square feet of ground-floor retail space as well as a new multi-million-dollar Court Square subway stop at the building’s base.”

Marketing and sales for Skyline Tower is being managed by Queens-based brokerage Modern Spaces. The firm has sold $223 million worth of inventory since the project’s soft launch in May, equally roughly 25% of its 802 condos, after seeing a surge in interest during the Amazon HQ2 debacle for its proximity to the proposed headquarters.  Units sold range in price from $640,000 to $2.365 million. 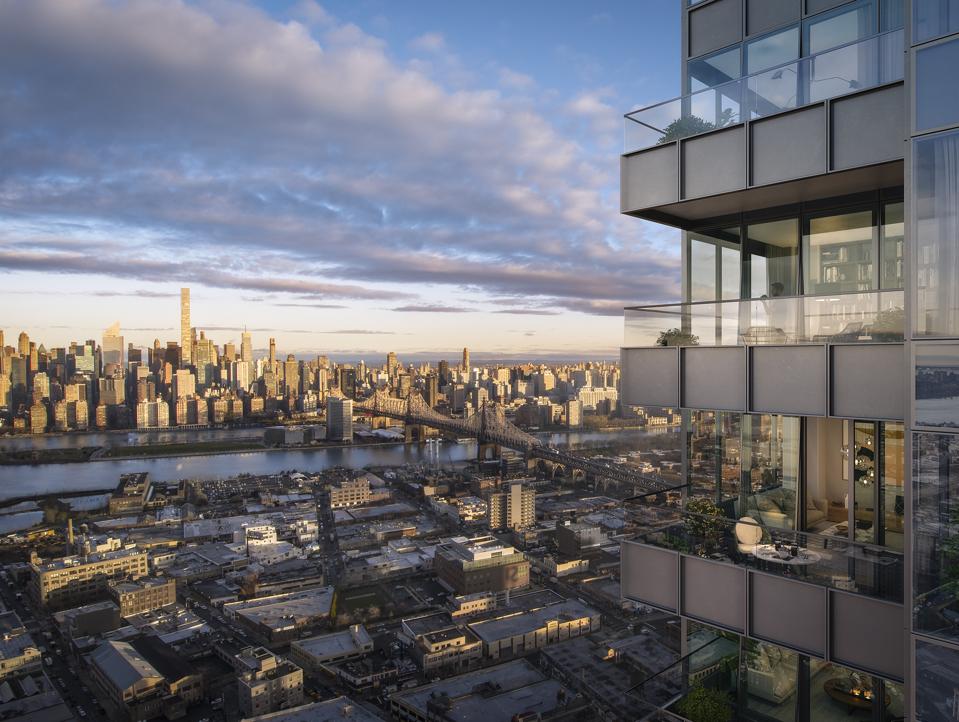 “Skyline Tower has officially become the tallest building in Queens, further putting the borough on the map as a true contender in New York City’s competitive real estate market,” said Eric Benaim, CEO and founder of Modern Spaces. “We’ve sold over 215 units since launching sales in May, and we expect the building will continue to draw interest from young professionals and new families due to its convenient location, waterfront views and attractive amenity package.”

Designed by Hill West Architects, Skyline Tower’s studio-to-four-bedroom residences range in size from 400 to 1,547 square feet, with pricing starting at approximately $500,000 to $4 million. Move-ins are slated to begin in 2020.

As the tallest tower in Queens, Skyline Tower is touting unobstructed views of the Manhattan skyline, including the Empire State Building, One World Trade Center and the Chrysler Building. Its facade will feature 358,538 square feet of translucent glass, totaling six football fields.

The development is also planning for a new $17 million entrance to the Court Square MTA subway station, which serves the E, M, G, and 7 subway lines at the base of the building.