Visionary entrepreneur Prophet Walker envisioned LA’s first co-housing community to be an inclusive place where creativity and collaboration would be the house rules. 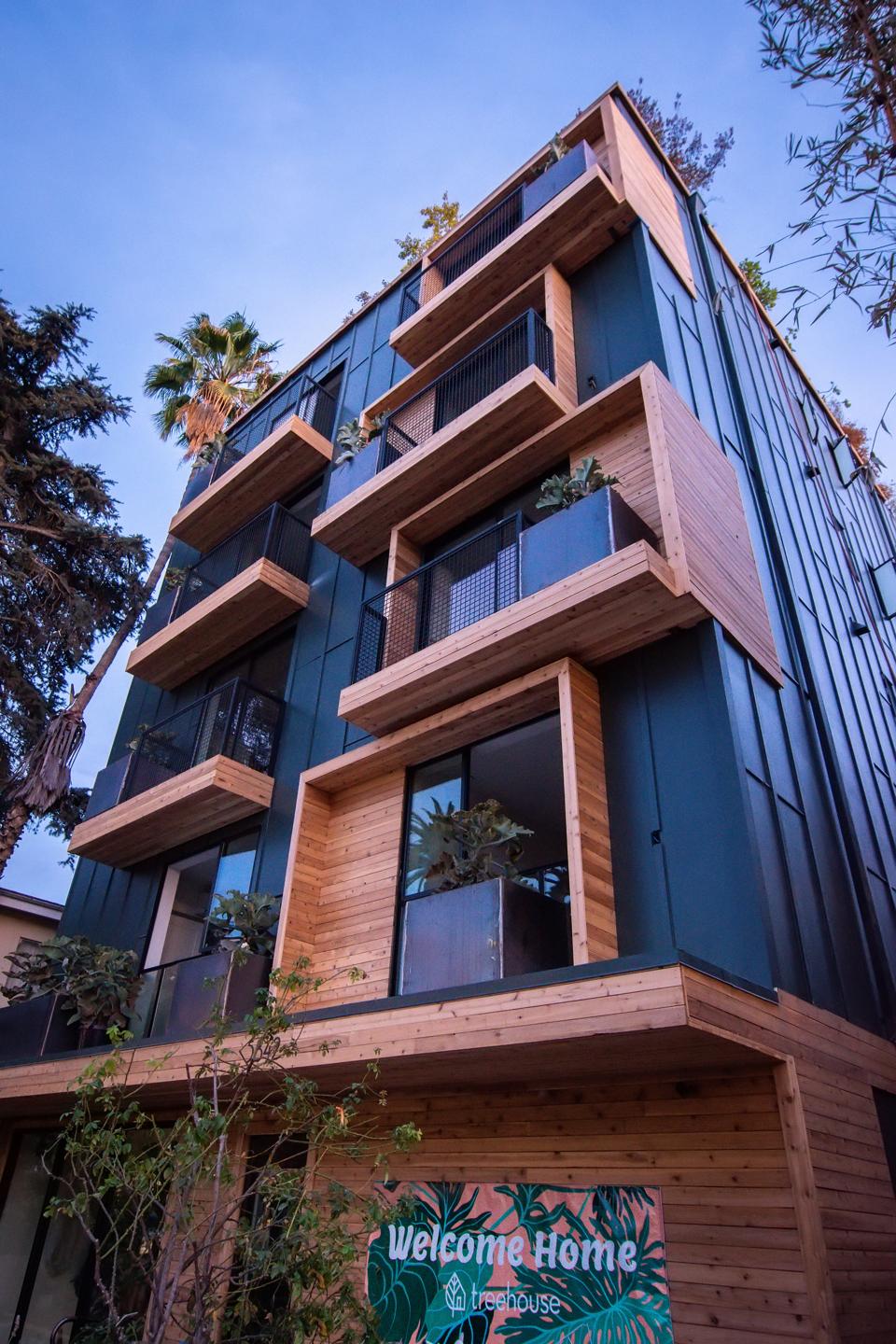 In the spring of 2019, Jade Brandais, the Los Angeles-based founder of Renge, a professional networking app, was searching for an apartment building that would give her the same community feeling she had experienced as a member of WeWork. Although co-working spaces are abundant in LA, co-living facilities aren’t as common.

When Brandais came across Treehouse Hollywood, she knew she had found her new home. Treehouse, the first project in LA to be built from the ground up specifically for a co-living purpose, aims to form an inclusive community for creative city dwellers. This seemed to align perfectly with what she was looking for in a home. Brandais and the first cohort of residents moved into the facility in December. (The building has a 60-person capacity and is still being filled.)

“Everyone comes to LA for their big dreams and goals, but sometimes identity can get lost and things can get disconnected,” says Brandais. “Treehouse resembled a co-working space, but seemed so much better.” Soon after moving in, she dropped her WeWork membership and started working from her new home at Treehouse.

When Prophet Walker, 32, the CEO and cofounder of Treehouse, first sketched out the concept for the project, he envisioned a space where professionals could both live and work. His team raised $5 million in funding from investors such as Reddit founder Alexis Ohanian, Backstage Capital’s Arlan Hamilton, internet entrepreneur Emmett Shear and music executive Scooter Braun for the $15 million, 24,500-square-foot, five-story apartment complex, which incorporates art and recording studios, computer bars, event spaces and a two-story library. There’s also an emphasis on wellness, relaxation and learning. Members can attend yoga classes and a speaker series, and every Sunday there is a community dinner. 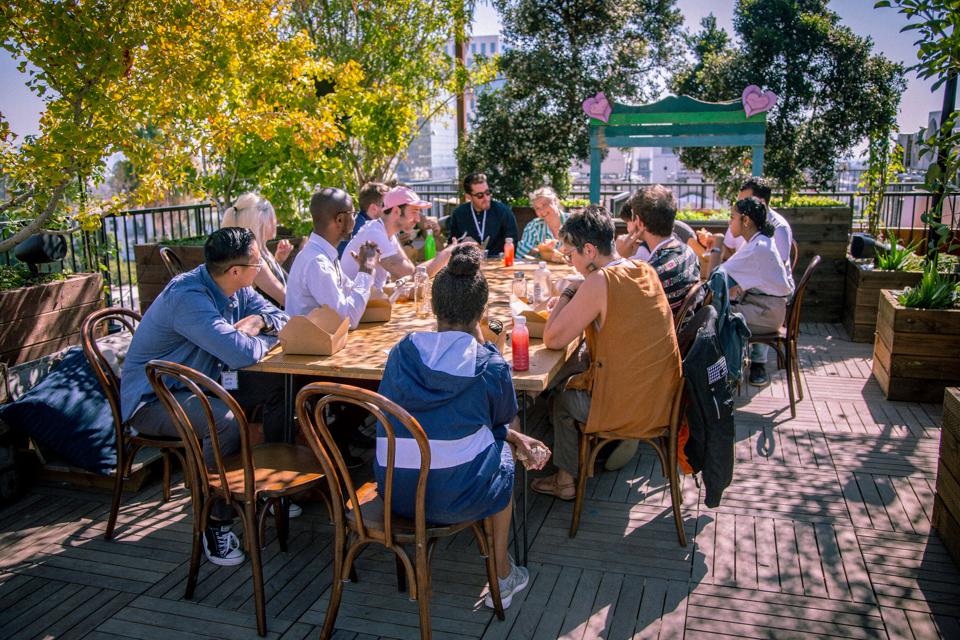 A commitment to diversity was also a priority for Walker, and his first step toward that was to offer a range of rent prices. People of color represent 58% of the Treehouse community, and they’re the group most affected by LA’s severe income inequality: nearly a quarter of the county's black and Latino population lives below the poverty level.

Treehouse rents start at $2,000 for a furnished one-bedroom with a private bathroom and shared kitchen, all utilities and WiFi included. The average rent for a one-bedroom apartment in Hollywood is close to $2,500.

“Our affordable units allow for income diversity,” says Walker. “There are professional poets, doctors, lawyers and teachers. There’s a mother and her 14-year-old daughter, there’s a woman from Australia who literally just wants to have support and community.”

Residents commit to helping the Treehouse team fill the remaining spots in the building. Potential residents must answer questions about what community means to them and then meet with current residents as part of the interview process.

“Ultimately, folks have to live together in these spaces so [making] them a part of the selection process is important,” says Walker. 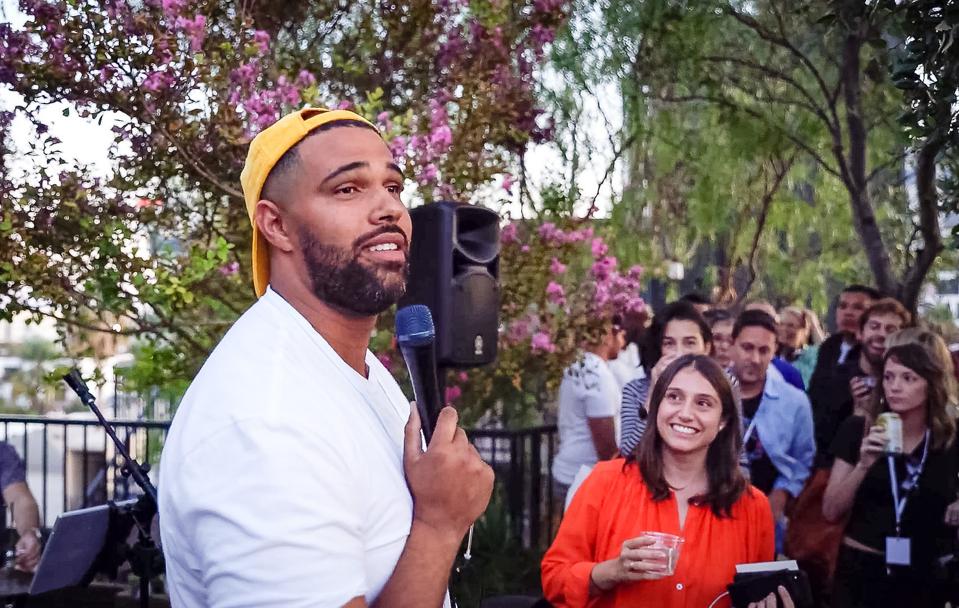 While his background in real estate and politics prepared him for the logistical aspects of building and maintaining Treehouse, much of Walker’s emphasis on community comes from his experience with incarceration: At 16, Walker began a nearly six-year prison sentence for assault and robbery.

In jail, he explains, “you're in this space set out to dehumanize you. You're stripped of everything, down to your name, and you're given a number. The only thing that mentally keeps people together is the community formed—humans connecting over a meal and interacting with one another, sharing stories and memories, and finding that interesting commonality within the human spirit.”

Walker’s long-term goal is to build a Treehouse in every LA neighborhood, particularly in communities he believes are underserved. In neighborhoods like Watts and Compton, young people often leave as soon as they can, but Walker wants to help keep them there.

“I have a continued dream to build Treehouse Watts and Treehouse Compton with the same level of dignity and pride that someone will get from Treehouse Hollywood,” he says, adding that he wants Treehouse facilities to create a sense of purpose and fellowship for young people as they navigate big, overwhelming cities. “When I think about the world that I want my daughter to live in—the beauty and vibrancy of a city—it's incredible. But if she feels alone in it, it’s useless.”